I'm a Scientist: Supported by Wellcome and UKRI
Skip to content

About I’m a Scientist

I’m a Scientist is like school science lessons meet the X Factor! School students choose which scientist gets a prize of £500 to communicate their work.

Scientists and students talk on this website. They both break down barriers, have fun and learn. But only the students get to vote.

This is the Iodine Zone. It has a range of scientists studying all different topics. Who gets the prize? YOU decide! 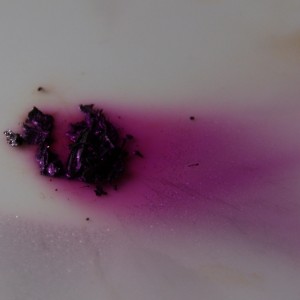 Iodine, pronounced eye-oh-deen, was discovered in 1811 and has some interesting properties. Iodine is a halogen, meaning that it is in group 17 of the periodic table, being the fourth one down the group however, it is relatively unreactive compared to fluorine, chlorine, and iodine.

Iodine is a very dark blue shiny solid, and at room temperature will vaporise to produces a fantastic—but foul-smelling—purple gas. It is quite reactive, and can form compounds with most elements, but of the halogens, it is the least reactive.

Iodine has various uses, including cleaning wounds (as it is a sterilising agent), when you see a brown liquid being rubbed on wounds, that’s iodine. It is also used for purifying water, and in the treatment of radiation poisoning.

Nitrogen triiodide (NI3) has the interesting feature of being percussion sensitive. This means that if you touch a pile of nitrogen triiodide, it will explode in a cloud of red-purple smoke.

Teachers don't need to book, and students are free to drop in and talk to the scientists.. If they have any burning questions or haven't yet experienced a live chat.